Skip to Content
CALL 800.784.0038
We are open Monday-Saturday from 11-5. We are serving six persons in the store at a time. Thank you for your cooperation.
Home > Jewelry Info > Corundum 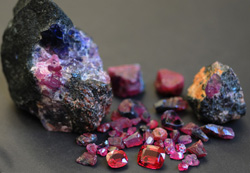 Due to the fluctuating price of gold, prices may change without notice.